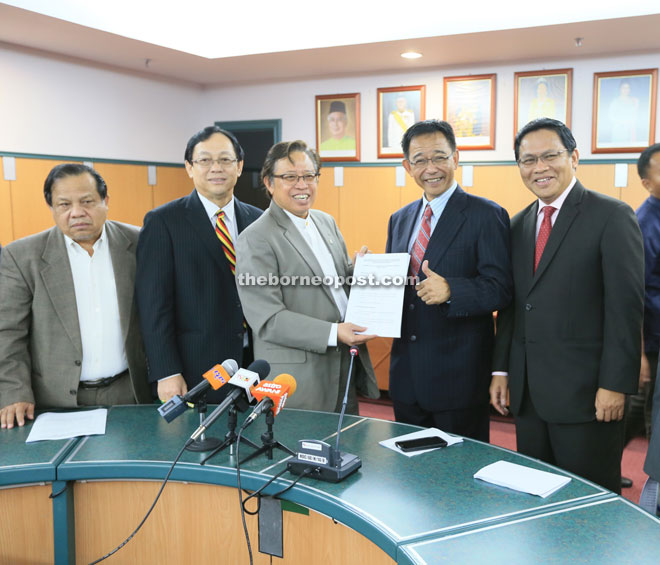 KUCHING: The government has proposed new policy and guidelines as part of measures to address issues on affordable housing in the state.

He said that once implemented, the ‘Sarawak Affordable Housing Policy and Design Guidelines’ should be able to help resolve key issues such as the unwillingness of private developers to build low-cost and low-cost plus houses due to low level of profitability and high cost of cross-subsidy with normal housing; and also high prices of houses especially in urban and sub-urban areas which made it difficult even for house-buyers from the medium income group.

“So with the new policy, it should benefit all parties – developers and buyers alike,” he said during a press conference in his office here yesterday, adding that the proposed new policy and guidelines should come into effect some time next year.

Abang Johari also explained that the main objectives of the proposed new policy and guidelines were to improve the current low-cost policy in terms of content, implementation and enforcement mechanism; enhance the involvement of private developers in providing more affordable homes to the people; boost the supply of affordable homes in the market to bridge the demand-supply gap; and leverage on new housing opportunities for the densification of cities and towns across the state.

The minister stressed that among the key recommendations under this new proposal was for the units to be built under the quota that would be further divided into two categories – low-medium and medium price units, instead of only low-cost houses.

“This would involve the creation of affordable housing for those with a monthly gross household income of below RM5,000 but above RM3,000; and also for those earning above RM5,000 but below RM7,000.

“Thus, this would help to address the housing need of the middle-income group, apart from those from the low-income segment.”

Price-wise, each unit under the proposed policy would be below RM200,000.

Another suggestion, according to Abang Johari, would be the increase in size of each unit and improvement to its design and specifications. Specifically, the minimum size proposed for this unit is 700sq feet, instead of the present 444sq feet, with three bedrooms.

“This new design is more spacious for families, and is in line with housebuyers’ needs and expectations,” he said.

On top of this, there would also be maximum permissible density for low-medium-priced houses and flats to be increased as a measure to address high cost of land in urban areas, and also to reduce overall development costs.

“What this means is that there will be more multi-storey flats and apartments in cities and major towns where land is limited and house prices are higher. This is to make sure everyone could live in decent homes, which is what the chief minister wants us to do.

“Each of the low-cost flat or apartment unit is to be provided with lift service and price of the unit will be increased accordingly.”

According to Abang Johari, given the need to address various housing issues in an integrated manner and cater for the anticipated housing needs of Sarawakians in the long-term, the state government is undertaking a comprehensive State Housing Development Study.

“The study will chart the future direction of the sector over a 20-year period (2016-2035) and bridge the demand and supply gap in housing. The study is expected to be concluded by next month,” he said.

He said to plan for future housing requirements, the Housing Development Corporation (HDC) had been actively expanding its existing landbank to ensure affordable houses could be developed in areas with demand and growth potential, as land especially those in urban areas had been getting more expensive.

“The Khazanah Research Institute (KRI), in its recent report, had also recommended institutionalising reform and restructuring of the national procurement system to improve delivery of housing supply in terms of cost, time and quality. It also recommended the creation of an integrated data base for housing.

“In this regard, my ministry would also look into these proposals to enhance the current housing strategies. Moreover, the creation of an integrated housing database system for Sarawak has been pursued and will be implemented by the ministry in 2016. This would further enhance the overall planning and monitoring mechanism of both public and private housing development in the state.” 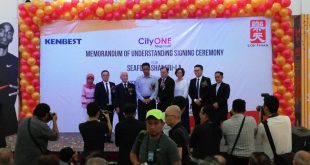 “Seafood Shangri-La” is a collaboration project between Kenbest Group and the established Lok Thian Group. …